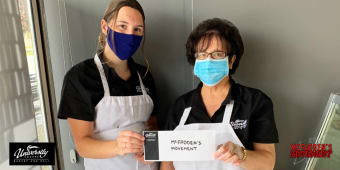 Starting August 22nd through until September 6th, University Square Bakery & Deli hosted the 'Loaves for Mental Health' campaign in support of McFadden's Movement (MM27). A portion of the proceeds from every loaf of bread sold during the two-week period was donated, raising a total of $491.50 for mental health resources.

University Square Bakery & Deli reached out to the Movement in hopes of lending a hand after both of MM27's big fundraisers planned over the summer had been cancelled due to COVID-19. The Bakery & Deli believed supporting the community and mental health resources, now more than ever, was necessary and important.

"I want to thank University Square Bakery & Deli for the opportunity to partner with them on the Loaves for Mental Health campaign, and for choosing to support McFadden’s Movement during these times," Garrett McFadden, former Guelph Storm captain and founder of MM27, offered. "The Movement is lucky to have the support of so many small businesses that help us reach our goals every year. This wouldn’t have been possible either, without the help of loyal customers and MM27 supporters who continue to make the real difference in our efforts with mental health resources."

McFadden’s Movement, created by Garrett McFadden in September 2016, is a nonprofit organization that strives to change, help, and develop mental health among athletes starting at the grass roots level. Heading into his fourth season with the Ontario Hockey League’s Guelph Storm at the time, the former Storm captain recognized he has a story to share that goes well beyond a 200-foot ice surface. Drawing on his own challenges, while also directly affected by the loss of a close family friend, Wes Cameron, in 2011, McFadden wants to make a change, starting at the beginning. 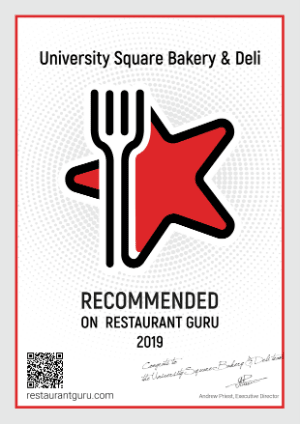 VISIT US AND TRY OUR FRESH BAKED GOODS

Have questions or have a custom order?